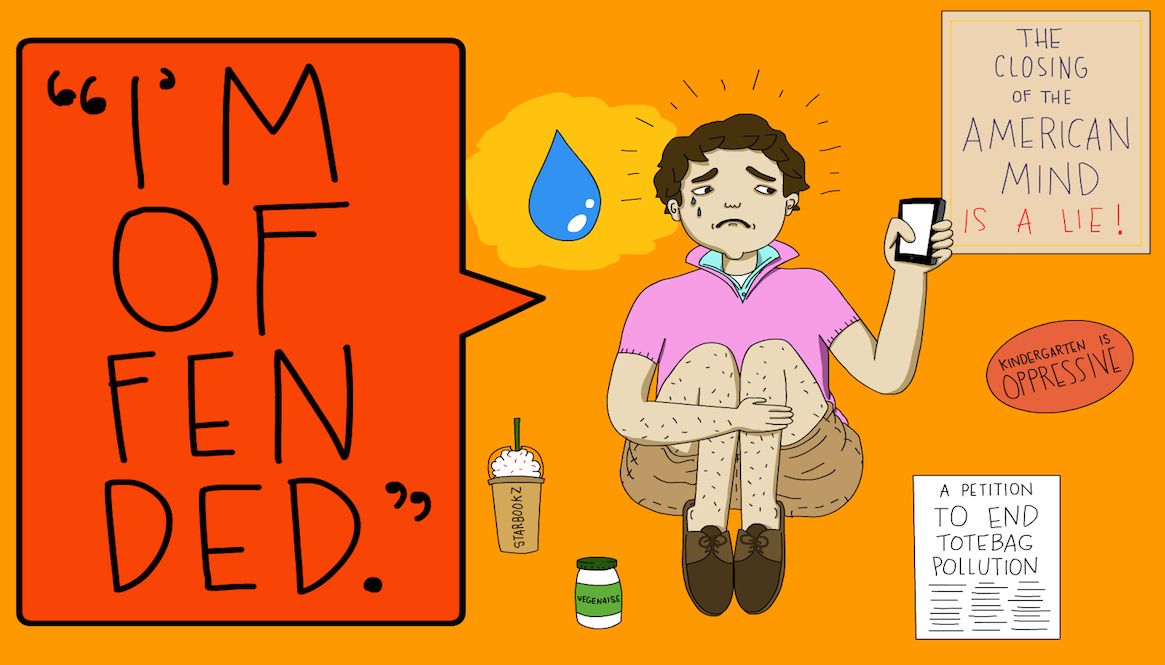 You may think that I’m going to talk about how anti-social we humans have become. But, while I don’t agree with that statement, that’s a topic for a later post. This time, it is about how we have managed to pass laws and/or common norms that have made us afraid to talk to the people we don’t know, or even to the people we know! There have been times I had to think twice before stating a very neutral opinion on a topic just because someone “might” get “offended” and even ended up not saying it! Taking offence from others’ opinions has become a way of showing how educated we are, at least sometimes for some people.

Asking for trigger warnings in classrooms before professors discuss a “sensitive” topic and labeling anything you say as “microaggression” are things that are done on university campuses more often now. We, people of academia, should be able to take jokes, to discuss “sensitive” matters and to educate others on how to react to such things. What will happen if we didn’t do these? Well, I think it is already happening: We are not addressing some of the very important topics in the world. For instance, by saying “I don’t see color/race,” we are not addressing the issue of racism, we are just ignoring it while it continues to ruin some people’s lives.

Of course, it is worth mentioning that there is a difference between hate speech and free speech. These statements don’t mean that we get a free pass to spew hate on people or ideas, or give us a get out of jail free card when we do so. When we hate on someone just because they are Black or Asian or we associate someone’s feelings of superiority to their ‘Whiteness” or when we call them terrorists just because they “look Muslim,” we are spreading hate speech. However, when we are logically and rationally criticizing an ideology or we are scientifically researching a disease that is more common in the Black community than other communities, we are doing our jobs of looking after our world and the people living in it.

All this being said, education plays an important role in understanding the technicalities of the world and (healthy) discussions and debates are some of the key components of such education. So, let’s not wait to be coddled while a sensitive subject is being discussed or debated, instead let’s share our ideas of the matter with others and get into healthy debates with people with differing ideas. That way not only we are trying to solve an important problem, we are doing so by engaging in human interaction and that is another important aspect of our lives.

This article was inspired by an article I read a while ago on The Atlantic.